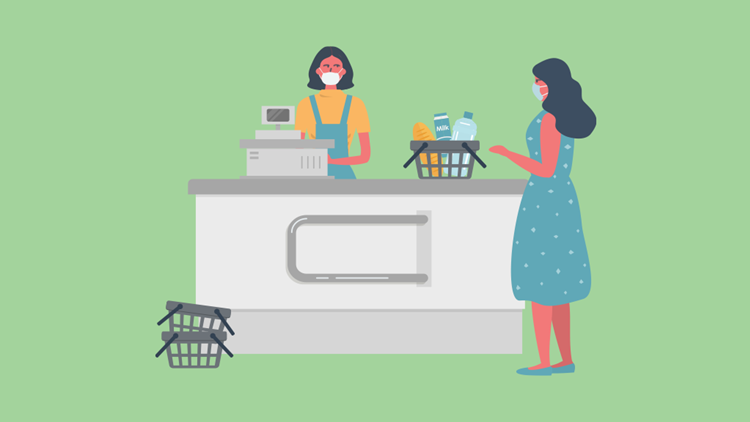 The gates have been opened just a little bit wider so more taxpayers who don’t have children can take advantage of the Earned Income Tax Credit (EITC).

The EITC is the largest refundable tax credit in the federal tax structure, aimed at low- to moderate-income taxpayers.

If it means qualifying for a larger credit, taxpayers now can actually use their income levels dating back to before the pandemic began to calculate their eligibility.

The news of a larger credit was released to help mark the 16th annual EITC Awareness Day.

“There are important changes to EITC that will help this credit reach more hard-working families this year,” said IRS Commissioner Chuck Rettig.

“We urge people potentially eligible for this valuable credit to review the guidelines; many people each year overlook this and leave money on the table. On this EITC Awareness Day, we want to make sure everyone who qualifies for the credit knows about it and has the information they need to get it.”

The Earned Income Tax Credit was passed back in 1975 as one of the U.S. government’s largest programs to fight poverty. EITC Awareness Day is used to urge people to check the EITC guidelines, to see if they qualify.

Those who don’t normally file a return are also being asked to look at whether they might qualify for the EITC and other credits, such as the Child Tax Credit or the Recovery Rebate Credit.

The expansion is a one-time offer

The expanded EITC is for the 2021 tax year only. It means more childless workers and couples are eligible for the credit, while the maximum credit available has almost tripled for these taxpayers. In addition, the credit is now available to younger workers and senior citizens for the first time.

Other changes help to widen the appeal of the EITC. For 2021, the credit is generally available to those without children who are at least 19 years old. The credit is available to single filers earning up to $21,430 for the year and $27,380 for married couples filing jointly.

For filers without any qualifying children, the maximum credit rises by $538 to $1,502. There are also special exceptions in place for filers who are 18 years old and were formerly in foster care or are homeless.

While there’s no upper age limit to claim the credit if the taxpayer has earned income, full-time students under the age of 24 do not qualify.

Previously, the credit for those with no dependents was limited to taxpayers between the ages of 25 and 64.

The new rules for 2021 also allow taxpayers to calculate the EITC using earned income figures from 2019 if that was higher than that in 2021.

Taxpayers claiming the EITC must have earned income from employment or other sources, and the option could help workers get a larger credit if they actually earned less in 2021 or got unemployment benefits instead of regular wages in 2021.

Line 27-c in the instructions for Form 1040 has more information on this.

Workers at risk for overlooking this credit include those taxpayers:

The amount of the credit was increased for the 2021 tax year, as well as the phaseout income limits. A married couple, for example, who files jointly with three or more children has a maximum credit amount of $6,728 and can earn up to $57,414 before the credit phases out. In 2020, the same couple with the same earnings would have topped out at $6,660 in credit and phased out at $56,844.

It should be noted that Economic Impact Payments or Child Tax Credit Payments are not taxable and can’t be counted as income to claim the EITC.

Our choice for getting the most out of the Earned Income Tax Credit is to use a trusted tax professional. A trusted tax pro can not only prepare a tax return, but can also provide helpful guidance and advice.

Tips for choosing a return preparer, including certified public accountants, enrolled agents and many others, are available on IRS.gov.